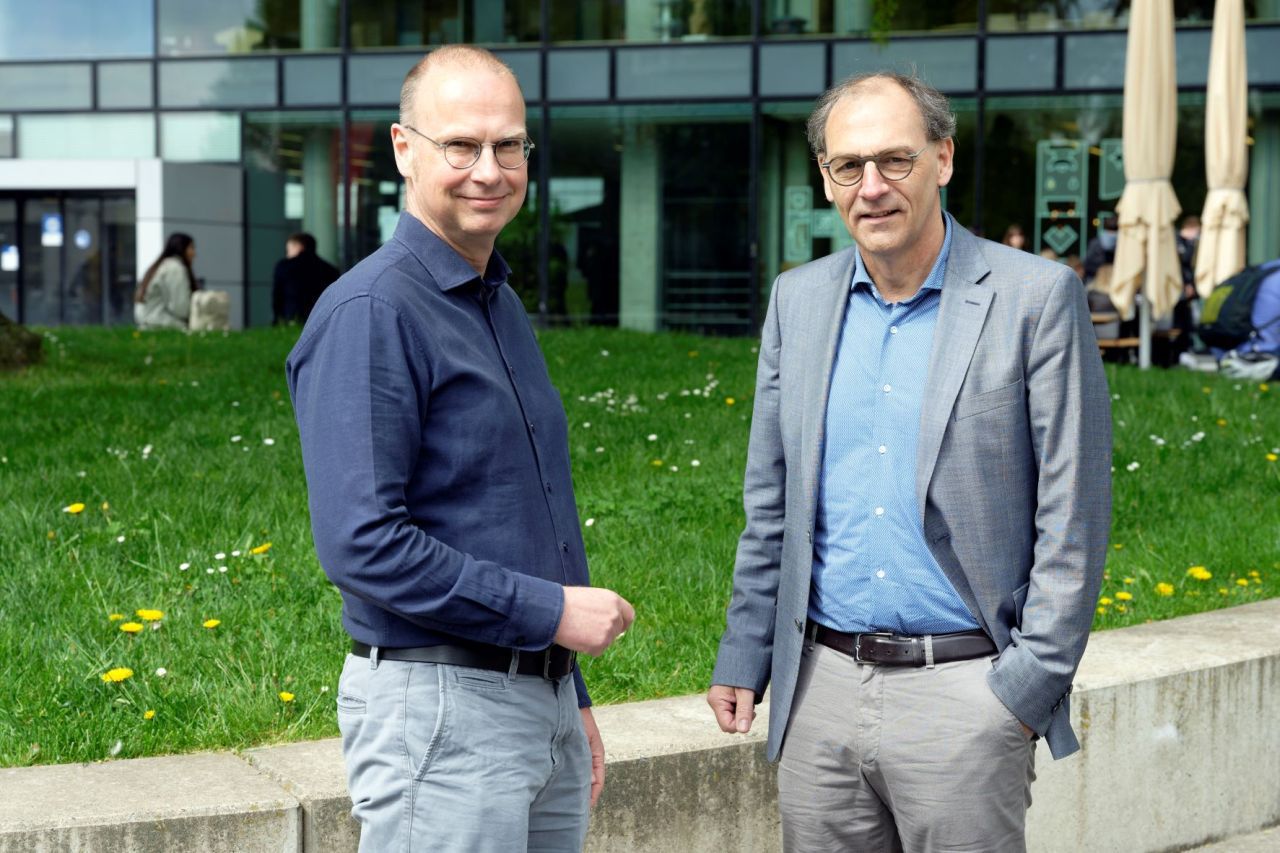 Two JARA scientists can celebrate the award of an ERC Advanced Grant. The research work of Prof. Martin Grohe (JARA-CSD) and Prof. Heinz Pitsch (JARA-CSD and JARA-ENERGY) will be funded by the European Research Council - ERC for short - with the grants. Both professors will now be funded by the ERC for five years each with about 2.5 million for their research and the necessary equipment.

JARA-CSD and JARA-ENERGY Member Prof. Heinz Pitsch
As head of the RWTH Institute for Technical Combustion, Prof. Dr.-Ing. Heinz Pitsch is primarily involved in research into renewable energy sources in the field of thermochemical energy conversion. Hydrogen-based fuels play a special role here, as they do not produce any climate-damaging exhaust gases and can be used very well for storing and transporting the energy produced by solar and wind power plants.

JARA-CSD Director Prof. Martin Grohe
The research topics of Prof. Dr. rer. nat. Martin Grohe include algorithms and complexity, logic, database theory, graph theory and machine learning. The goal of his ERC project is to develop an overarching theory of so-called graph similarity and to demonstrate its applicability to problems of practical relevance. Graphs are versatile models for representing complex data ranging from chemical molecules to social interactions.

You can find the press release of RWTH Aachen University here.